This week’s Local Spotlight is being shined on Fortunato’s in Woburn, MA.

I don’t know about you, but I love (and that’s an understatement) good Italian food. I’m an Italian by heritage and I’ll fully attest to being a sauce snob. So, you know when I recommend an Italian restaurant, I firmly believe it is excellent.

I literally found Fortunato’s by walking by. I had just finished eating dinner at another establishment with my wife and cousin and we wanted dessert. None of the desserts on that menu appealed to us so we decided to walk around and take a look. The name and Italian flag caught my eye, so we walked in. Fortunato’s has been a favorite ever since.

Amazing smells and banter from the owner are the first things that greet you. Fortunato himself is often the person who greets you at the door, if not it’s his incredibly nice mother. Fortunato introduced himself and we had an interesting, lively conversation while we waited for the espresso to brew.

The first night we visited we only had dessert and coffee, but that was enough to have all of us hooked.

On our most recent visit I ordered the Veal Parmigiana with cavatelli and my wife had the Chicken Piccata.

The Veal Parmigiana was excellent. It was a real piece of veal, not a patty that some restaurants try to pass off as acceptable. It came to the table tender and juicy while being coated in an excellent breadcrumb mixture. I really liked it that it wasn’t smothered in sauce, but still had a generous amount. The sauce itself needs to be spoken about as well. It’s a light sauce, not chunky but not by any means runny. It has that high quality tomato taste that you expect in a great sauce. The garlic and onion flavor of the sauce is evident from the first bite and eventually you notice the more subtle role that herbs play in the sauce. I very much enjoyed the sauce and it paired excellently with both the veal and the pasta. Obviously, if you’re ordering something with parmigiana in the name your want cheese and this dish delivered without being absurd. I’d say the amount is just right. As much as I love cheese when there is too much on the plate it makes me think that something is being compensated for. This isn’t the case here. Paired with the veal was a hearty portion of cavatelli. This is a pasta that I grew up eating, it’s my favorite too, but many restaurants don’t serve it. If they do it is a near automatic that I order it. Fortunato prepares the pasta with just a little bite to it, so that you have something firm to bite into when eating. Paired with the sauce, this hit home in the best sort of way.

Mrs. Spotlight order the Chicken Piccata, which is her go to at any restaurant that has it. The first thing she said after taking a bite was “wow, this is awesome”. Of course, I had to try it. The chicken was cooked perfectly. Its was moist and packed with flavor. The classic piccata flavor was on full display and once Fortunato sprinkled fresh cracked pepper on it the dish really came alive. I very much enjoyed. The pasta, rigatoni, was cooked to the same near perfection that my cavatelli were. The sauce was the clear star of this dish. It was light and smooth, full of the salty goodness (without being too much) that capers bring to a dish and enhanced by a subtle lemon flavor. Frankly, I often find this type of sauce to have far too much lemon in it, making it almost sour, but this was excellent. It wasn’t overpowering at all, and honestly served to enhance the other components of the dish.

As much as I loved the main dishes, dessert is my favorite part of visiting Fortunato’s.

He was a pastry chef at a high end restaurant for over two decades before opening his own restaurant. Luckily for us he still makes amazing desserts.

I had the chocolate mousse. Which is unexpectedly light and full of subtle flavor. This isn’t your normal chocolate mousse which is heavy and in your face. Clearly, the chocolate taste was there but there was an underlying something in this mousse that made it very different. I’m 99% sure I tasted just a little bittersweet cocoa mixed in, but I can’t say for certain. I haven’t found out how he makes it yet, but I will.

My wife (I won’t lie I ate half) decided on the Ricotta Pie. I’m glad she did. I love ricotta pie, and this was the best I’d had in a long, long (possibly ever) time. It’s super dense, creamy, and sweet. There was a hint of almond flavor mixed with just a little vanilla. This was a very clear 10/10 for me!

Food aside Fortunato’s is an amazing restaurant because of Fortunato himself.

This restaurant is truly a family owned and operated business. His mother works there, and his daughter helps out as well. Fortunato remembers his customers, often by name, and will chat with them about, well, whatever comes up. My cousin has been in once, a year ago, he still asks after her when I visit. I’ve had conversations about everything from the weather to our work outs. He’s simply a genuine person who is trying as hard as he can to run a successful restaurant.

Fortunato’s without a doubt earns, deserves, and exemplifies the Andy’s Local Spotlight recommendation. Go in, eat, be happy and tell him I sent you! 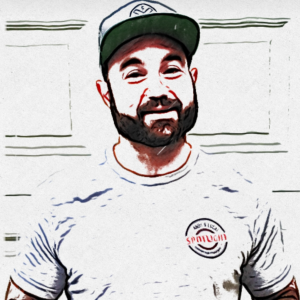